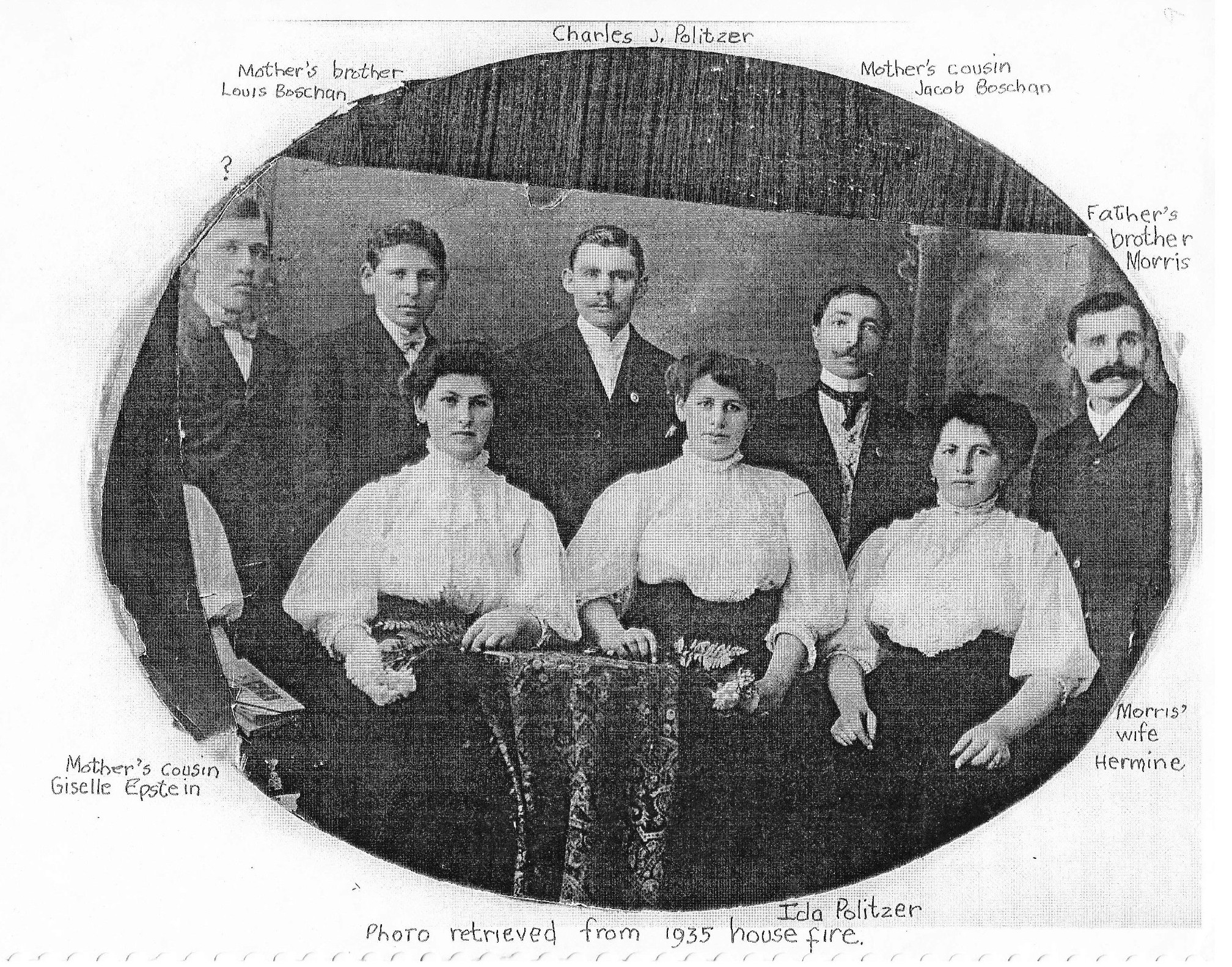 There was an enclave of new Boshan and Politzer immigrants in New York City in the early 1900’s where relatives congregated as they emigrated from their birthplaces for a variety of reasons. My father; to escape the inevitable draft in the army, my mother; to escape an arranged marriage. END_OF_DOCUMENT_TOKEN_TO_BE_REPLACED

This story really starts in Detroit, Michigan where my family moved in 1913. We lived on Gratiot Avenue (pronounced “grashet”). We lived on the north side of the street at one end and the Hans Haveman family lived on the other end of the same block. We were already a family of 4 daughters and the Havemans had only one child, Gretchen. She was named after her mother. So there were two Gretchen Haveman’s in that family. We called her mother Aunt Gretchen.

Not that I was any more aware than any other child of what one’s friend’s fathers did for a living,……………. END_OF_DOCUMENT_TOKEN_TO_BE_REPLACED 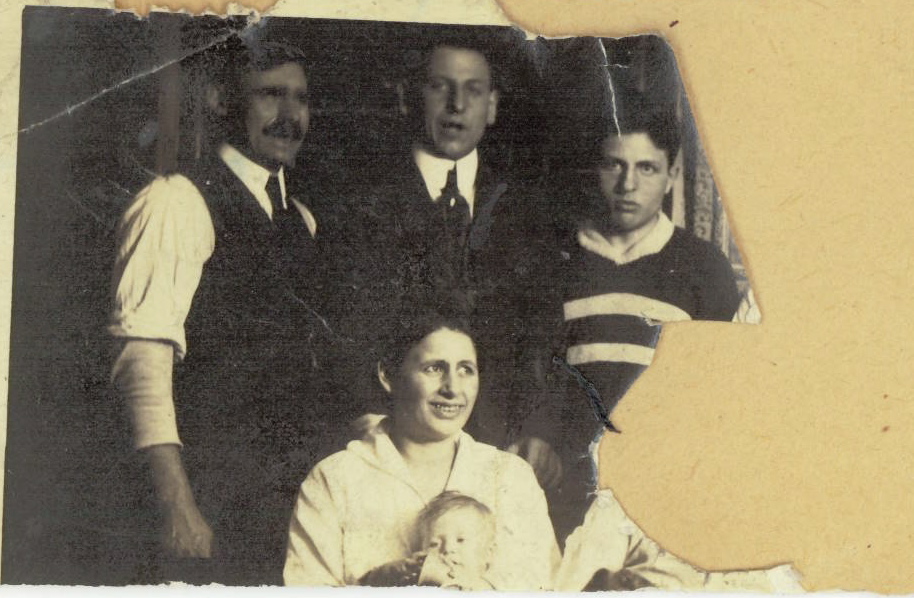 Mother’s role was MOTHER.  She always did what needed to be done.  For the most part she was living the life she expected to live. My mother was very much a loving, generous, caring person who was simply limited by her lack of education, but, strong in meeting human challenges.

When I was 5 1/2 years old, probably in 1924, the family moved to the country so that my mother, who grew up on a farm in Hungary, could have a garden, that subsidized the budget for food.  My father bought a ten acre plot which had a large house with an apple orchard in … END_OF_DOCUMENT_TOKEN_TO_BE_REPLACED 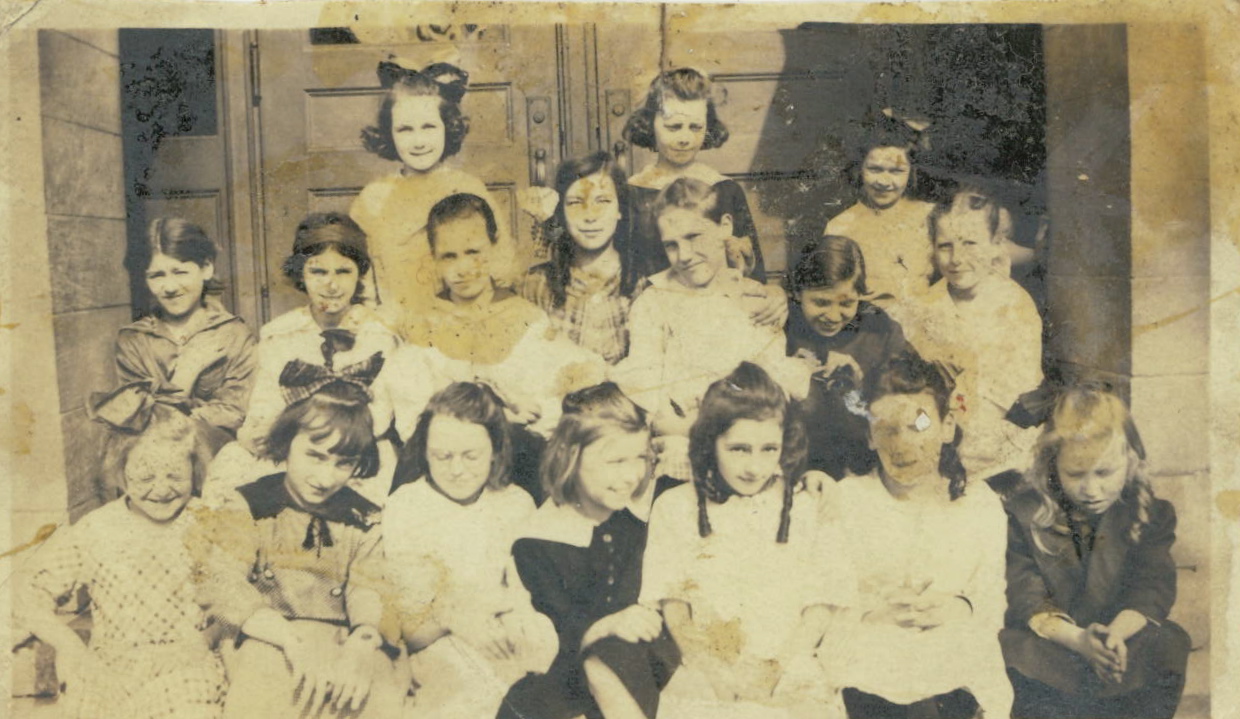 I can remember that everyday when we sisters came home from school there was a fresh round loaf of rye bread with jam for us to snack on.

My older sister Frieda (later Fritzie) did not live at our house when I was growing up.

My mother was of course the one who taught me how to sew, so she was very important in my beginnings.  When my sisters and I needed a new dress, I helped her make them or I made them myself by the time I was 12 years old. Mother made our winter coats and during … END_OF_DOCUMENT_TOKEN_TO_BE_REPLACED 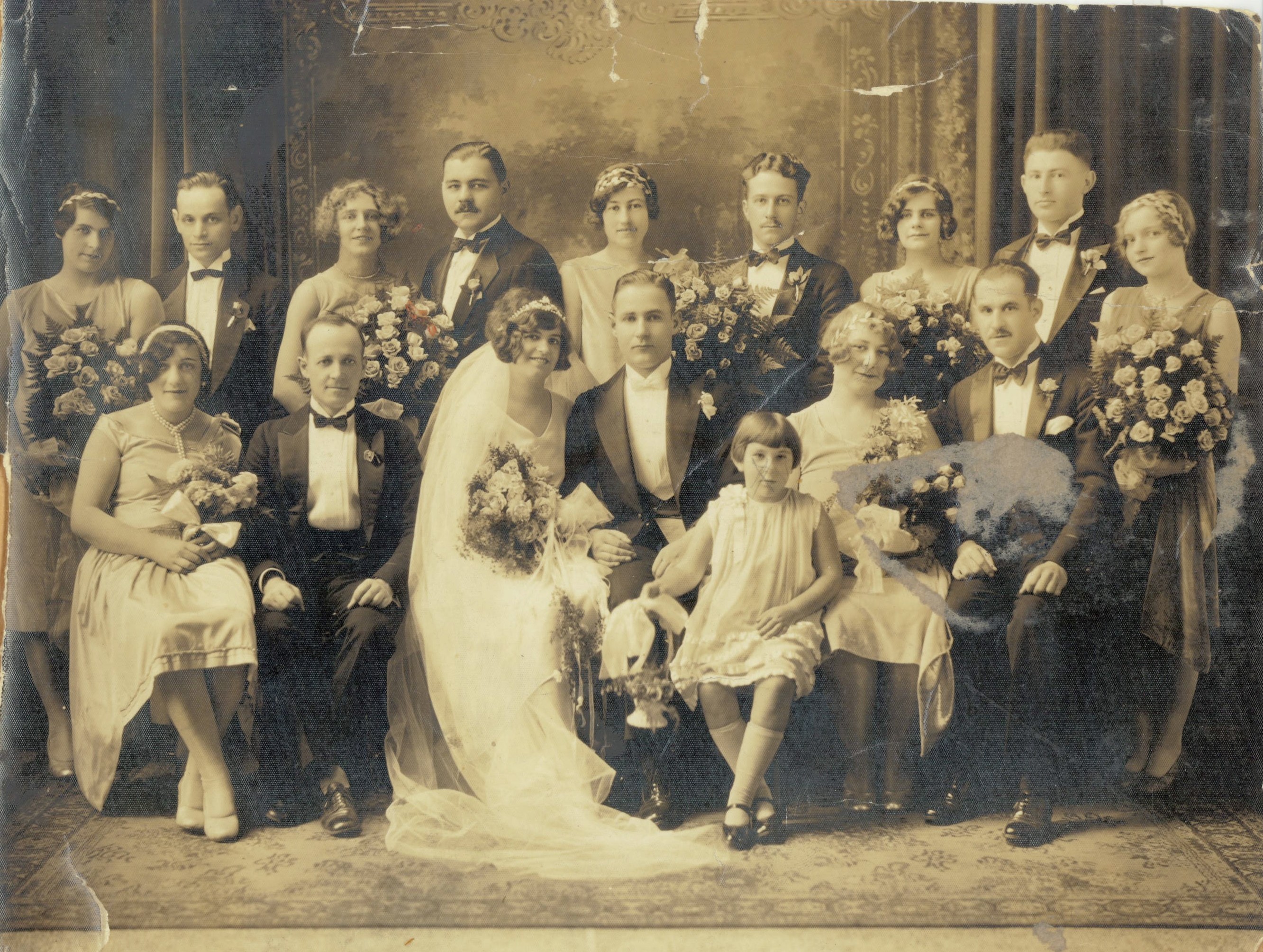 When I was seven, in 1926, my oldest sister, Josephine had a big wedding in a Temple in Detroit. 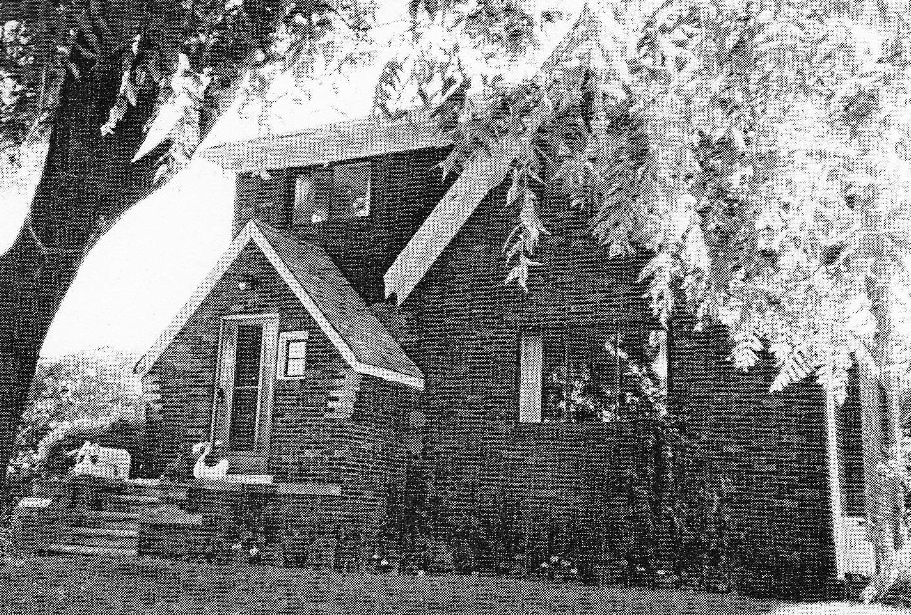 One October evening Dad came home and announced that we would be going to Temple after supper.  It was Succoth, a Jewish harvest festival, and there would be a special ceremony and treats for the children.  The synagogue was about 15 miles from our house, which resulted in our not going there very often.  But … END_OF_DOCUMENT_TOKEN_TO_BE_REPLACED 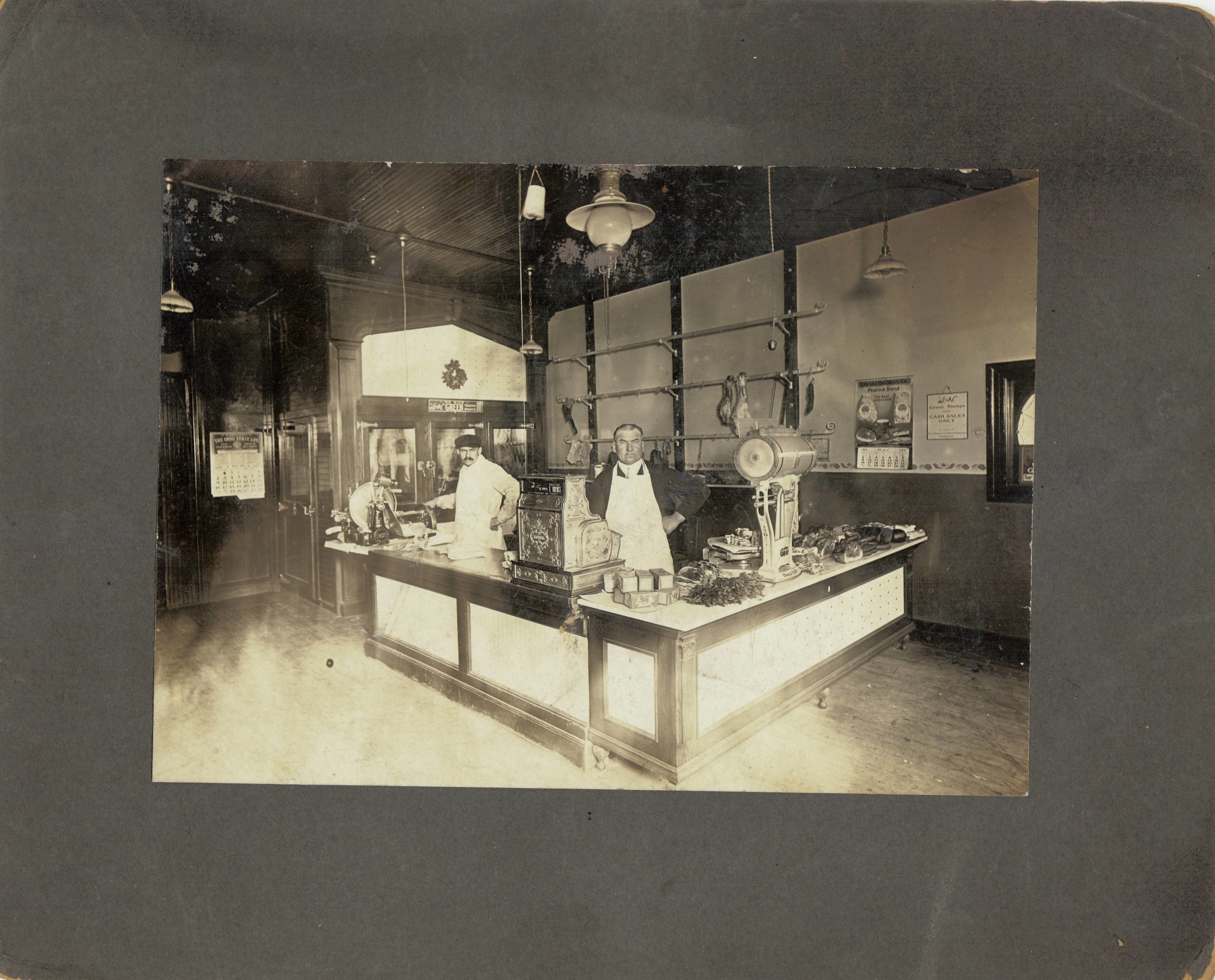 …..after leaving Flint for Detroit, MI, Dad bought a Meat Packing Plant, hoping a son would arrive to take over the business, but when that didn’t happen, he opted for a retail butcher shop as a means of livelihood, which was located near where we lived. I (Polly) worked at our father’s butcher shop from … END_OF_DOCUMENT_TOKEN_TO_BE_REPLACED

Rustic Culture in a Canadian Province View Larger Map When I was 17 and after high school, Gretchen and I planned to spend the summer and the winter of ~1925 with her parents in Allenford, Ontario.  I think we had already spent time there before.  Gretchen drove us up in her new red Chrysler Roadster … END_OF_DOCUMENT_TOKEN_TO_BE_REPLACED

Gretchen and I wanted to get to know the young people in town, so we took the road around Chesley Lake and walked to the presbyterian church in Allenford on Sunday mornings.  The choir master greeted us very kindly and we were recruited for the church choir.  Eventually, however, the choir master discovered that I did … END_OF_DOCUMENT_TOKEN_TO_BE_REPLACED 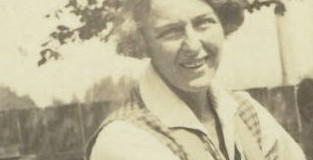 THE ACCIDENT: That December in Allenford, the groom was given a vacation and when he left, the Havemans discovered that he had been mistreating the horses.  And particularly the tall one; the one that Mr. Haveman rode. One day, Aunt Gretchen decided that she would feed the horses.  She went out to feed them and … END_OF_DOCUMENT_TOKEN_TO_BE_REPLACED

Many, Many Artistic endeavors………. Around the time I started high school, my older sister Frieda, who was already called Fritzie most of the time, began working for Olga Fricker at her School of Ballet, as the costume designer.  Fritizie lived in her studio on the top floor of the school which was a three story … END_OF_DOCUMENT_TOKEN_TO_BE_REPLACED

I was a working girl in Detroit in 1939.  I was a freelance fashion designer making clothes for women in the more affluent Detroit suburbs, including wedding dresses, etc. Through the work/study program at Antioch College, Polly took a summer job in 1939 at the Mt. Washington Hotel in Bretton Woods, New Hampshire.  When she and I talked … END_OF_DOCUMENT_TOKEN_TO_BE_REPLACED

The Staff Social Scene at Mt. Washington Hotel The waitresses weren’t allowed to date any of the hotel guests.  If you did you were dismissed.  But after 9:00 pm we could date each other. 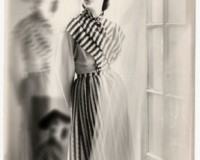 Fritzie must have gone back to Detroit and continued to work as a fashion designer making clothes for women in the affluent Detroit area. 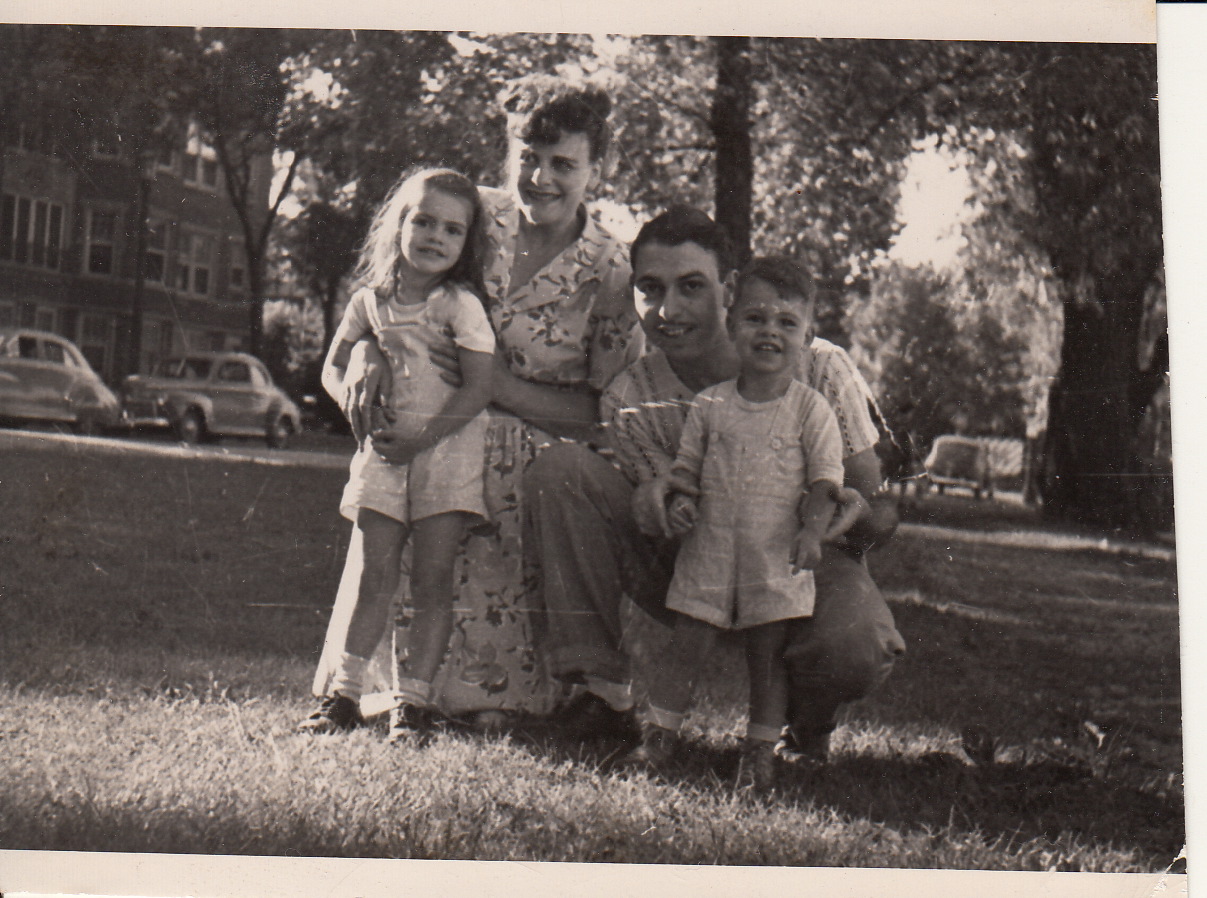 In 1943 Fritzie got married. The story goes, that this friend of the family who met Polly at Antioch college, Fred Pollak, asked each of the still single girls in the Politzer family to marry him.

Learning from my mother………… My Mom once told me that she had worked in a hospital for a while, I think during the war effort.

Fritzie continued to make clothes for our family thru the 1950’s.   I believe only my father’s clothes were store bought.

Hats!   Fritzie enjoyed Hats very much.   It is clear that she took great pleasure wearing hats and made some of the hats she wore.  When she made Ballet costomes, head dresses, must have been part of her work.

In the 1990’s, Fritzie spent 7 years living in a senior residence near my middle brother Tim, in the Denver, Colorado area.  Tim & his wife, Ruth, took on the day care role and my youngest brother, Victor who lived nearby in Salt Lake City, visited her with his family often.  She was very happy … END_OF_DOCUMENT_TOKEN_TO_BE_REPLACED

In 2001, Fritzie, already 93 years old, came to live with me in Israel.  The only reason she decided to go, was because she was offered the thrill of taking a cruise on the Queen  Elizabeth II cruise ship to get there.  Still in evidence, her flare for design, color and style, continued…………………        … END_OF_DOCUMENT_TOKEN_TO_BE_REPLACED

At the age of 95, my mother had another opportunity to express her artistic flare and sense of color.  She was introduced to the weaving of little rugs and produced quite a number of them with the help of one of her day-care helpers, Svetlana.  From Svetlana:  “She was a good woman.  Communication with her … END_OF_DOCUMENT_TOKEN_TO_BE_REPLACED