Around the time I started high school, my older sister Frieda, who was already called Fritzie most of the time, began working for Olga Fricker at her School of Ballet, as the costume designer.  Fritizie lived in her studio on the top floor of the school which was a three story building on Cass Avenue near Wayne University.  Fritzie and I had become better acquainted with each other and were then very good friends:  I found in her someone I could talk to and she was very supportive.  I let her know how lonely I was living in the “boonies”, at home..  She made arrangements with Olga Fricker to let me join an after school ballet class and pay for it by being responsible for keeping Olga’s office clean.

I enjoyed the ballet classes; I worked hard and made enough progress to be in a recital.  Most thrilling of all, I was included in the group that auditioned to be extras on stage with the Corp de Ballet Russe for a performance of “Petrushka” starring Balanchine.  And I was one of those chosen!

Then, at Christmas time, after I had advanced to dancing “on toe” I was included in a group that was booked at a downtown theater to perform an “interval” where a Shirley Temple movie “The Littlest Colonel” was being featured.  This was two weeks of “showbiz”; three performances a day! full of grease paint! costumes! music! and waiting………     I think I saw the Shirley Temple movie twenty times.

(dancing in “The Littlest Colonel”)

I also began to take voice lessons, learning excerpts from Shakespeare, etc.  I was a stagestruck kid.  My bedroom was plastered with pictures of Lunt and Fontaine. 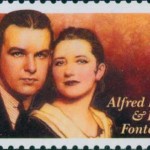 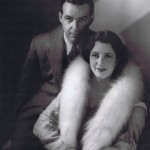 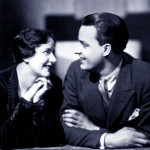 When recital time came around and Fritzie became very busy in the costume department, I became her go-fer and all around assistant: standing in for the “dummy” (Mannequin, dress form) while patterns were fitted; going to the fabric store to match materials and thread and trimmings; putting together a hurried snack at any time of the day or night when the pressure was on.  Many times I just spent the night at the studio and would catch the bus to school in the morning.  And Fritzie rewarded me by taking me to plays, such as “the Women” by Clare Boothe Luce, which raised questions about sex and society for me.  And Fritzie was there to answer my questions.  I had never been able to talk about my personal questions with my mother.  She was very shy, unable to cope with subjects like sex or personal hygiene.  And personal discussions never seemed to be appropriate during the time I spent with Bertha, one of my other older sisters.  Sometimes Bertha would take me with her to her Art Class at Wayne and I “felt big” when she did.  Somehow, my relationship with Fritzie was more like being an equal rather than being the “little sister”.

At the beginning of my sophomore year, Fritzie presented me with a special gift: two lovely raspberry red outfits.  One was a long sleeved wool crepe, a rather, dressy dress.  The other, a sporty pin whale corduroy shirt dress.  I was delighted.  My wardrobe had always consisted of hand-me-downs or things I had made myself and I was not a faultless seamstress.

Between my junior and senior years of high school, 1936, I applied for a drama Scholarship that was being offered at Northwestern University, and I got it.  When I was awarded the scholarship to be a “Cherub” (the name given to the students in this program), Fritzie immediately came forward by putting together my wardrobe.  She made a spectacular organdy formal (one of the requisites in the brochure) to be worn at the competition that was to be held at the end of the session.   The dress was perfect for the occasion; very feminine; a hyacinth blue organdy penner entirely edged with matching ruffles over a blue taffeta slip.

……….By this time, summer 1937, Fritzie had her own business designing women’s clothes in Gross Pointe, an upscale suburb of Detroit.    ……….

It was Fritzie who persuaded me to apply to Antioch College.  I had thought I would like to go to a women’s college because that is where my high school friends had applied.  Fritzie’s comment was, “Growing up with six sisters, why the hell would you want to go to a girl’s school?”.  But she also had an alternative for me to consider.  The daughter of her friends, Ralph and Clara Holmes (Ralph was the drama critic on the staff of the Detroit Times) was attending Antioch College in Ohio, and was very enthusiastic about it.  It had a unique work-study program and was a small school.  Fritzie arranged for me to spend a weekend at the school and financed the trip.  I was hooked after that experience and determined to fulfill my part in the bargain I made with Dad and see to it that he kept his part.  In the summer of 1939, word came that I had been accepted with advance credit for my courses at Wayne State University and also work credit, with a small stipend toward my tuition. 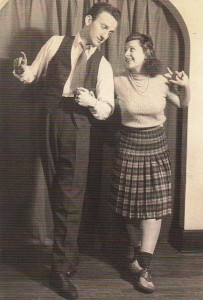 Fritzie made me a very collegiate blue plaid pleated skirt that I wore for years.

Many times, my aunt Polly would tell us about the prom dresses that my mother made for her.  Polly would write to Fritzie and mention the date of the dance, and on the very day of the dance a package would show up with a dress that fit Polly perfectly. 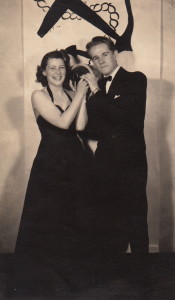 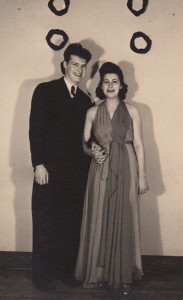 Summary
Article Name
Fritzie's many Influences on me & the dresses she made for me
Description
Around the time I started high school, my older sister Frieda, who was already called Fritzie most of the time, began working for Olga Fricker at her School of Ballet, as the costume designer.
Author
Polly